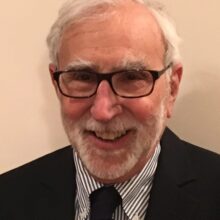 Dr. Salzman was educated at Union College and the State University of NY, Upstate Medical Center in Syracuse.

After internship in pediatrics at St. Luke’s Hospital in Manhattan he entered a Harvard Medical School psychiatric residency at Massachusetts Mental Health Center from 1964 to 1967,  followed by 2 years directing a program at the Psychopharmacology Research Branch of NIMH from 1967-69.

Dr. Salzman then returned to join the faculty at Massachusetts Mental Health Center (where he has remained on the faculty ever since) and became the director of psychopharmacology in the early 1980s.  Not coincidentally, he also underwent a formal psychoanalysis during this period.

Dr. Salzman’s academic role in psychopharmacology included research in benzodiazepines, geriatric psychopharmacology, and treatment of borderline personality disorder. He has published over 300 refereed articles and 7 books, and has served on leading editorial boards including the American Journal of Psychiatry and currently, the Journal of Clinical Psychopharmacology.

Dr. Salzman has developed a long-standing educational program in psychopharmacology at the Massachusetts Mental Health Center for psychiatric residents, psychology interns as well as a highly successful psychopharmacology continuing education programs for practicing clinicians that annually draws students from around the US, Canada, South America and Europe. He has lectured and consulted to many public treatment programs and hospitals in Massachusetts, as well as in New Hampshire, Vermont, Maine, and New York.

Known for his teaching and academic excellence, he became a full Professor of Psychiatry at Harvard Medical School. He has also received many awards including the Outstanding Teacher from Mass Mental Health Center as well as from the Mass Psychiatric Society, the APA, NY State department of Mental Health, and the national, “Best Teacher of the Year” award sponsored by Psychiatric Times. Most recently, he was awarded the “Lifetime Achievement Award” from the Massachusetts Psychiatric Society.  He has lectured widely in all Boston institutions (many times), widely throughout the United States, as well as in Canada, Mexico, Europe, China, Korea, Singapore, Thailand, and Kuala Lampor.