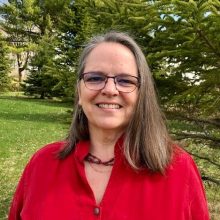 Francine Garland Stark began her career in the movement to end domestic violence in 1985 as a volunteer for Women Helping Battered Women in Burlington, VT. She served as the Administrative Coordinator and later Community Response and Training Coordinator for Spruce Run Association (now Partners for Peace) in Penobscot County from 1986-2009, and as Executive Director of Hope and Justice Project in Aroostook County 2009-2015. As Executive Director of the Maine Coalition to End Domestic Violence, since 2015, she leads Maine’s statewide efforts to foster justice and culture change to end domestic abuse and violence. She serves on the Governor’s Commission on Domestic and Sexual Abuse, the Domestic Abuse Homicide Review Panel, the Justice Assistance Council, the Elder Justice Coordinating Council, the Justice for Children Task Force, and serves as co-chair of the Attorney General’s Deadly Force Review Panel. She has developed and provided education and training programs to increase recognition and response to domestic abuse in a wide variety of contexts.

Originally from Chapman, a resident of Surry, Maine, she is a graduate of Bates College, and served in the Peace Corps in the Dominican Republic. Recipient of the Safe Voices Community Partner Award, the Maryann Hartman Maine Woman of Achievement Award from the University of Maine Women in the Curriculum and Women’s Studies Program, and the JW Coombs Award for Public Service from the United Way of Eastern Maine.