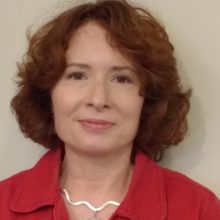 Karen Simone, Pharm. D. Dr. Simone is the Director of the Northern New England Poison Center, which serves the States of Maine, New Hampshire and Vermont. She is an Assistant Professor of Emergency Medicine at Tufts University School of Medicine. Karen began poison center-related work at the Cincinnati Drug & Poison Information Center in 1989. She became a Certified Specialist in Poison Information in 1993, received her Doctorate in Pharmacy from the University of Cincinnati in 1994, and joined the American Academy of Clinical Toxicology (AACT) before becoming a Diplomate of the American Board of Applied Toxicology (ABAT) in 1998 and a Fellow of the American Academy of Clinical Toxicology in 2011. Contributions to the field of Toxicology include: Secretary/Treasurer for ABAT for 7 years, Secretary for the AACT for 4 years, President of the American Academy of Clinical Toxicology for 4 years, prior member of the American Association of Poison Control Centers (AAPCC) Fatality Reviewing Team, and member of the Editorial Board for Clinical Toxicology. She is also the Clinical Developer of the Substance Abuse Sentinel Surveillance and Reporting System. Current interests in toxicology include enhancement of the collaboration between professionals working with patients who have coexisting substance abuse and psychiatry disorders, as it relates to poisoning.