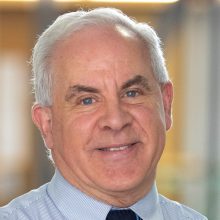 Frederic G. Reamer is Professor in the graduate program of the School of Social Work, Rhode Island College, where he has been on the faculty since 1983.  His research and teaching have addressed a wide range of human service issues, including mental health, health care, criminal justice, public welfare, and professional ethics.  Dr. Reamer received his Ph.D. from the University of Chicago (1978) and has served as a social worker in correctional and mental health settings.  He has also taught at the University of Chicago, School of Social Service Administration (1978-1981), and the University of Missouri-Columbia, School of Social Work (1981-1983).  Dr. Reamer has served as Director of the National Juvenile Justice Assessment Center of the U.S. Department of Justice, Office of Juvenile Justice and Delinquency Prevention (1979-1981); as Senior Policy Advisor to the Governor of Rhode Island (1987-1990); and as a Commissioner of the Rhode Island Housing and Mortgage Finance Corporation, the state housing finance agency (1987-1995). Dr. Reamer served on the State of Rhode Island Parole Board from 1992 to 2016.  He also served as Editor-in-Chief of the Journal of Social Work Education (1990-1994).  He serves as Associate Editor of the National Association of Social Workers Encyclopedia of Social Work (Oxford University Press and National Association of Social Workers).

Dr. Reamer has conducted extensive research on professional ethics.  He has been involved in several national research projects sponsored by The Hastings Center, the Carnegie Corporation, the Haas Foundation, and the Scattergood Program for the Applied Ethics of Behavioral Healthcare at the Center for Bioethics, University of Pennsylvania.  He has published 23 books and more than 170 journal articles, book chapters, and encyclopedia articles.  His books include: