More must be done to provide drug abuse treatment, get addicts into it, federal official says

Conference: More must be done to provide drug abuse treatment, get addicts into it, federal official says

An article about and photos of the conference in the Portland Press Herald, March 1, 2017 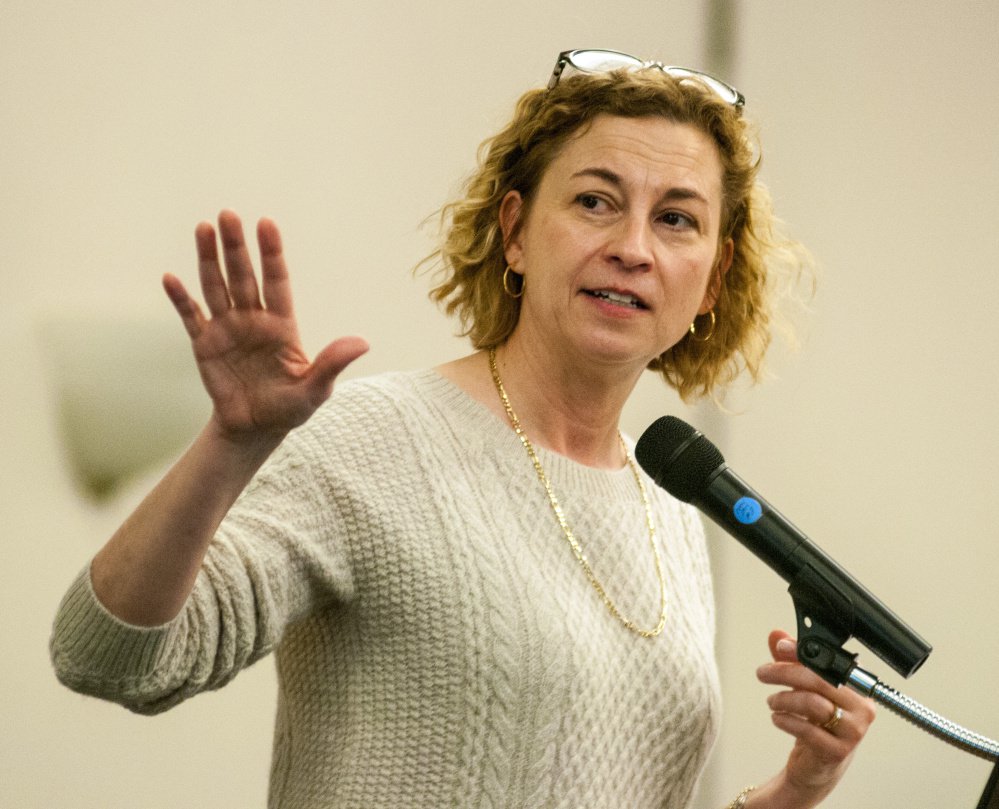 Kimberly Johnson, the director of the federal Center for Substance Abuse Treatment, talks about the national epidemic of opioid addiction Wednesday at the Augusta Civic Center. Photo by Joe Phelan, MaineToday Media

[ult_blockquote]During a conference Wednesday focused on the state’s opioid epidemic, Kimberly Johnson, director of the federal Center for Substance Abuse, gave a keynote address about efforts to stem that ongoing crisis, which has crossed state lines.

In Johnson’s field, there’s a commonly mentioned statistic — that just 10 percent of Americans get the substance abuse treatment they need.

“I’m really tired of saying only 10 percent of people get treatment that need it,” she told the crowd Tuesday. “That statistic had a purpose: to highlight how few people get treatment, but it sort of makes the problem seem unsolvable. It’s so overwhelming.”

Johnson was speaking at the Augusta Civic Center as part of the annual meeting of the Co-Occurring Collaborative Serving Maine, a statewide group of organizations focused on solving the needs of Mainers with mental illness, drug addiction and other behavioral challenges.